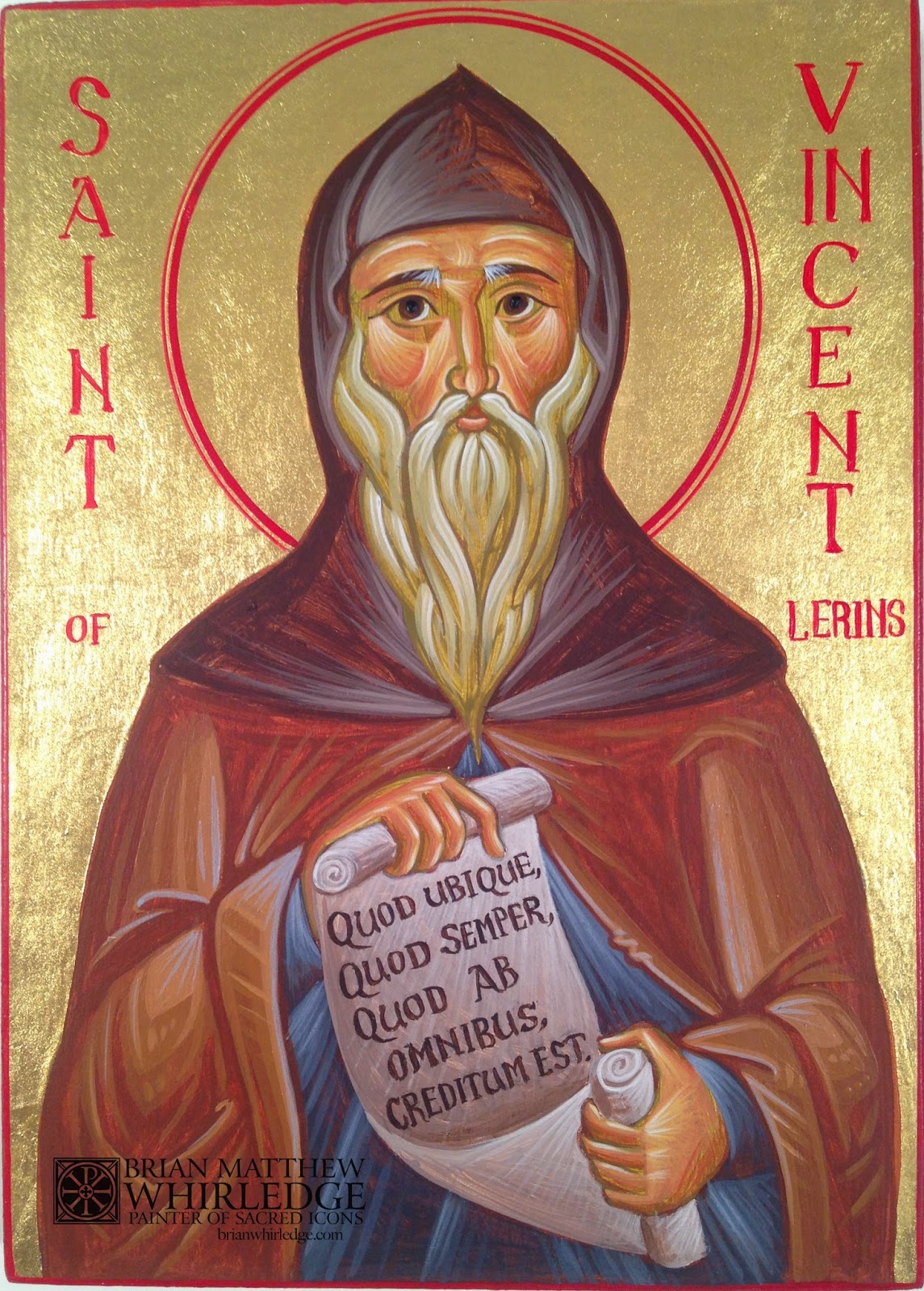 I recently completed an icon of Saint Vincent of Lerins. The colors in his clothing are inspired by Father Gregory Krug, a mid-20th century Russian iconographer who worked in exile in France. The thin, translucent layers of color are muted by a complementary under painting and the highlights move from warm to a cool white. A leading theologian of the Church in the 5th century, Saint Vincent is celebrated for his definition of the Orthodox faith in a time plagued with errors and heresies: "Quod ubique, quod semper, quod ab omnibus, creditum est." Or in English, "That which has been believed everywhere, always, by all people." His defense of the traditions of the Fathers and his condemnation of innovation and novelty in the Church are as appropriate today as they were in his time. 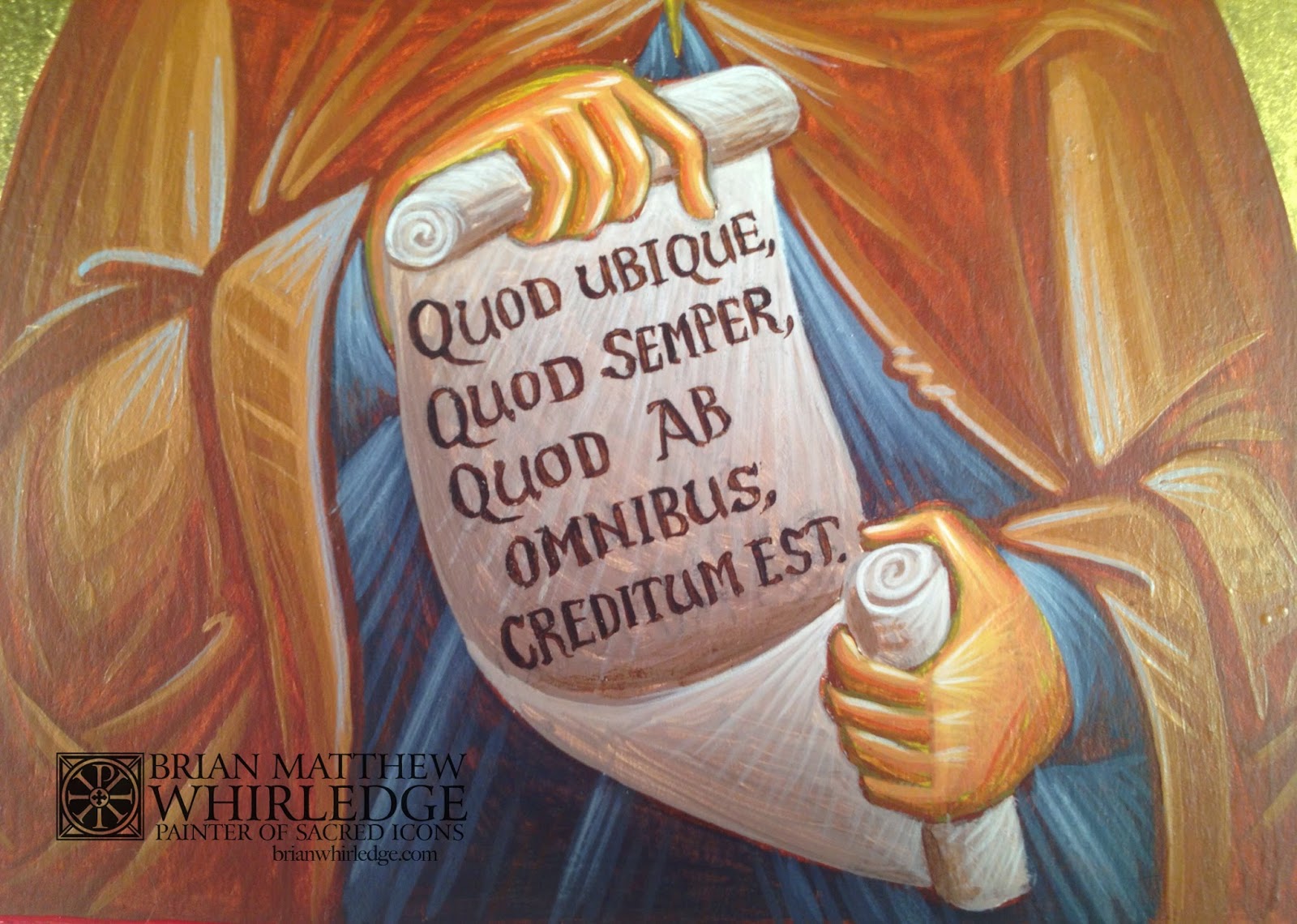 "The Church of Christ, zealous and cautious guardian of the dogmas deposited with it, never changes any phase of them. It does not diminish them or add to them; it neither trims what seems necessary, nor grafts things superfluous; it neither gives up its own nor usurps what does not belong to it. But it devotes all its diligence to one aim: to treat tradition faithfully and wisely; to nurse and polish what from old times may have remained unshaped and unfinished; to consolidate and to strengthen what already was clear and plain; and to guard what already was confirmed and defined. After all, what have the councils brought forth in their decrees but that what before was believed plainly and simply might from now on be believed more diligently; that what before was preached rather unconcernedly might be preached from now on more eagerly." - The Vincentian Canon in "Commonitorium"