Rebekah and I had a great day in New York City. Of course, we went to the Metropolitan Museum of Art.
Just past the ticket counter is the ancient Egyptian collection. 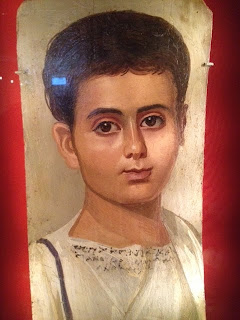 I was drawn to the Fayum Portraits. These were funerary portraits of the deceased, painted with encaustic or egg tempera on wooden panels, and bound in the wrappings around the mummy. These portraits originated in  second century AD, Roman Egypt. 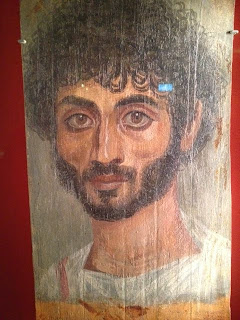 The realistic style originated in Greece, but due to the hot, dry climate of Egypt, these Fayum portraits are among the only extant encaustic paintings from antiquity. These frontal, luminous images directly influenced icon painters and are one of the art forms that developed into Christian iconography. 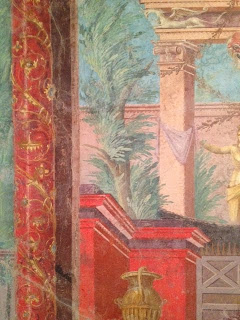 Next we encountered art from classical Greece and Rome. The marble sculptures was impressive, but as a painter, I was drawn to the frescoes. These frescoes were removed from walls near Naples, Italy, and carefully reconstructed in the museum. As I mentioned above, classical antiquity developed advanced realistic painting, but little has survived outside of the arid climate of Egypt. These frescoes were preserved not by a harsh climate but by the eruption of Mount Vesuvius in AD 70, destroying but persevering Pompeii and its surroundings. 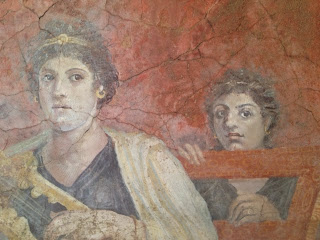 Frescoes are wall paintings created by painting into freshly applied plaster. The pigments become permanently embedded into the wall as the plaster cures. Michelangelo famously used plaster in the Sistene Chapel a millennium and a half after these Roman frescoes. 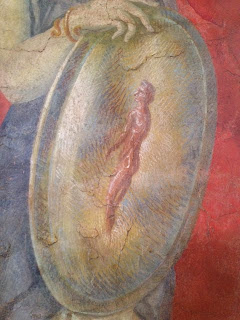 Similar brush strokes and building light and shadows have been passed into iconography. 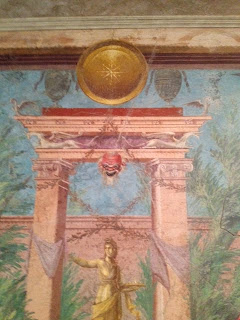 The Fayum portraits and these Roman frescoes provide a great glimpse into the stunning realism that dominated the pre-Christian world. Early Christian artists took the best art from antiquity and abstracted it to depict spiritual It is appropriate to quote Kontoglou:
"We received our Orthodox faith from divine revelation and not from human wisdom, so that its art also could not be naturalistic but only spiritual."
(Fotis Kontoglou in Byzantine Sacred Art by Constantine Cavarnos) 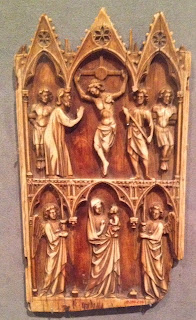 The highlight of my tour was, of course, the medieval period, when Christian art flourished. 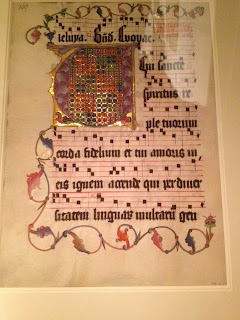 A beautifully illuminated hymn from the feast of Pentecost, which we just celebrated. 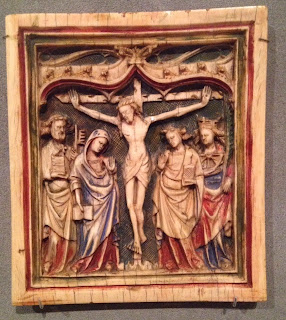 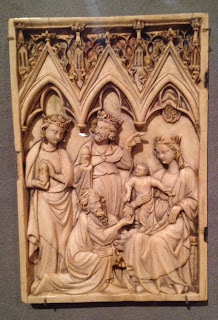 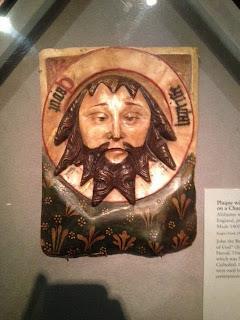 I draw influence from Romanesque sculptures and paintings when approaching western saints. Romanesque is the indigenous art of the Christian west and is a fitting, organic way to depict western saints without the forsaking rich tradition and beauty of Byzantine iconography. 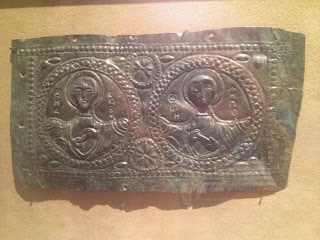 While the Met has a great Romanesque collection, the Byzantine gallery was a bit lacking. In all fairness, I did not see their collection at the Cloisters, and next month, I will be inundated with great art upon my return to Greece. 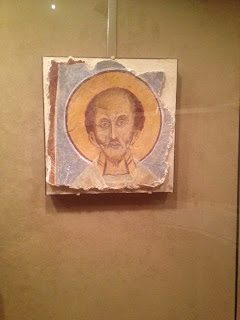