Over the past couple weeks, I painted Saint Katherine the Great Martyr. It was a blessing to paint her icon on and around her feast day. She is wearing the ring Christ gave her, and holds a quill to represent her wisdom, and a wheel to represent her martyrdom.

St. Katherine was the daughter of the governor of Egypt during the late third century. She was raised a pagan, received the greatest education of her time, and was extraordinarily wise and beautiful. She determined that she would not marry a man unless he exceeded her wisdom an beauty. Her mother (a secret Christian) led St. Katherine to her elder, who introduced her to a suitable bridegroom, infinitely wise and beautiful: Christ. She had a dream in which Christ betrothed her with a ring; upon awaking, she found the ring on her finger, where it still is to this day. Through the wisdom of the Holy Spirit, she outwitted 50 pagan philosophers, was condemned to torture on a wheel. The wheel flew off its axle and killed many pagans, while many others confessed Christ. She was finally beheaded.

Her holy relics were moved to Mount Sinai, where they are still enshrined in one of the oldest monasteries, which also protects the Burning Bush of Exodus. Last summer in Thessaloniki, we were blessed to venerate a portion of her relics, and a neokoros (sexton) gave us a ring blessed on her hand in Sinai. 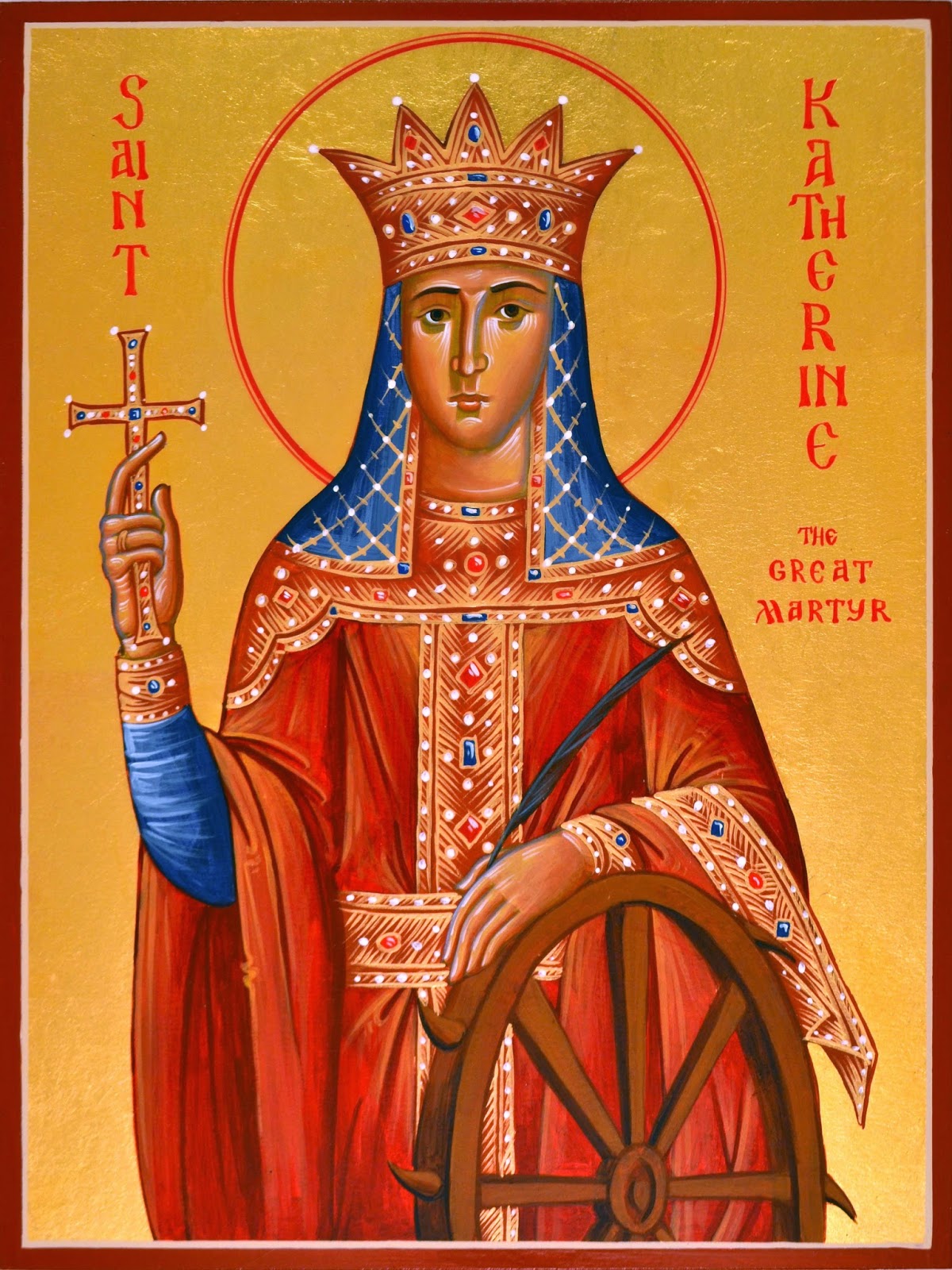