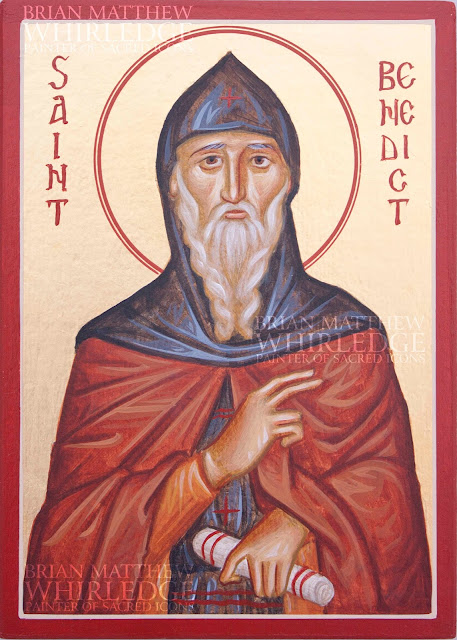 St Benedict flourished in the sixth century in Nursia near Rome. He is the founder of monasticism in the West, and is especially well known for his monastic Rule.

“Benedict the man of the Lord, gentle of countenance, was adorned with


angelic ways; and so great a brightness shone round about him, that,
although yet upon the earth, he might be dwelling among celestial beings.”
[Fourth antiphon for the Psalter, Benedictine Office of Lauds]
Visit my website. | Follow me on Facebook and Instagram. | Find mounted prints of my icons from Damascene Gallery.