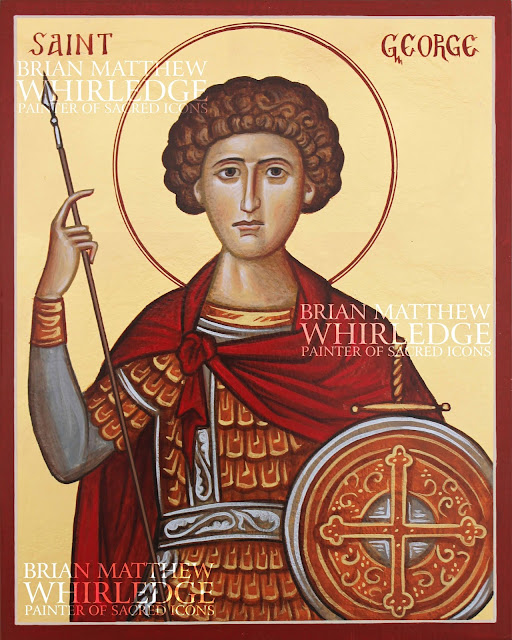 Christ is risen! Today, Bright Monday, is the feast of the Holy, Glorious, Right-Victorious Great-Martyr George the Trophy-Bearer. He was a Christian and a well-respected soldier in the Roman army. He rose to the highest ranks, joining the personal guard of the Emperor Diocletian. When Diocletian issued an edict of fierce persecution against Christians, St. George refused, was tortured tremendously, and finally beheaded on April 23, AD 303. His feast is transferred to today since April 23 was in Holy Week this year.


Troparion, Tone 4
Liberator of captives, defender of the poor, physician of the sick, and champion of kings. O Trophy-bearer Great Martyr George, interecede with Christ God that our souls be saved.