So Much Old Stuff

This morning, we started off to the Benaki museum in Kolonaki.  The book said to allow an hour.  It also said there wasn't so much eccliastical art.  We planned to spend an hour at the museum before my lesson with Arvanitis (also in Kolonaki).  We had to return later. 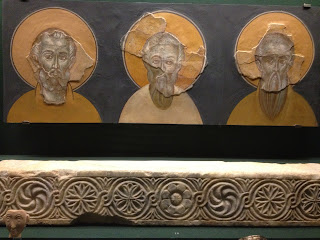 The Antonis Benaki (1873-1954) was an exceedingly wealthy Greek man who amassed an extensive collection of all things Greek.  His mansion, across the street from the National Gardens and behind Parliament, has been converted to a museum to display his 20,000+ piece collection. 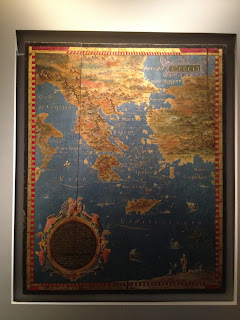 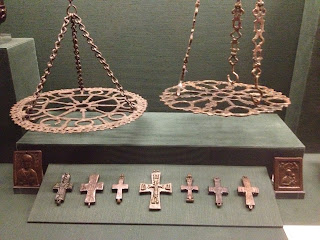 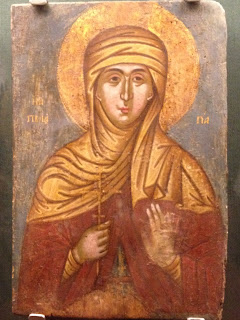 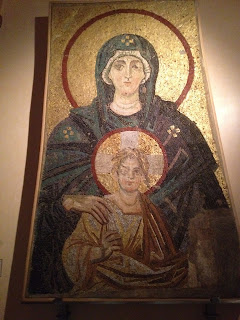 As my lesson was approaching, we decided to take a break and save the second floor for the afternoon.  We walked through Kolonaki (and stopped by Agiou Dionysiou Areopagitou Church and a cafe for a frappe) for my lesson.  Arvanitis explained the history and execution of the omalon, antikenoma, and syndesmos (nuanced qualitative signs in Byzantine chant).  I have a lot of practice to do.

We continued north to Exarchia to the National Archaeological Museum.  Visiting this museum is essentially walking through my Art History I textbook.  It was so amazing to see, in real life, many important sculptures in the development of western art.

The progression from prehistoric... 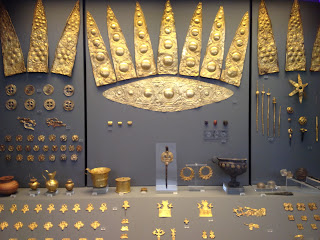 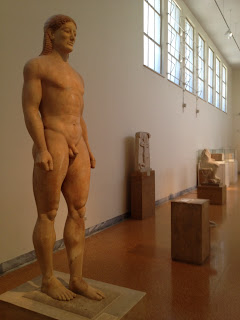 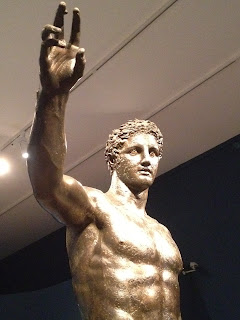 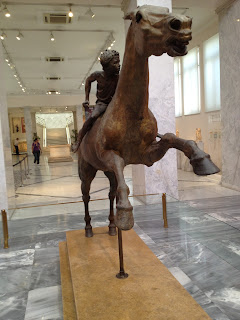 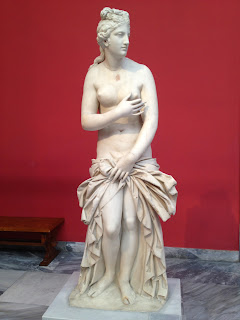 It was 3:30 and the Benaki Museum closed at 5:00, so we proceeded south.  We got a frappe along the way and finished it before we arrived.  It was a much longer walk than before, without the stop in the middle. 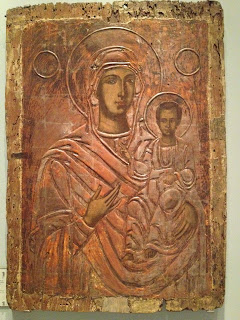 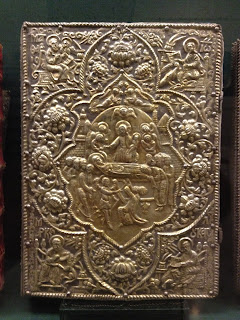 After a stop in the gift shop to peruse books that I need for my library but can't possibly afford, we left.  We stopped by the nearby Nespresso store to buy refills for the expresso machine my apartment, which we've exhausted.  The decision was made to ascend Mount Lykavittos (also often Anglicized quite poorly as Licabettus) while we were in the neighborhood.  Lykavittos is the highest point in the city and offers amazing views. 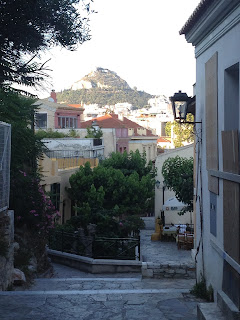 When we arrived to the summit, the view was incredible.  While I still think A for Athens has the best view of the Acropolis, Mount Lykavittos has a 360 degree view of the entire city that cannot be topped.

Sorry, I only got about 240 degrees in this shot. 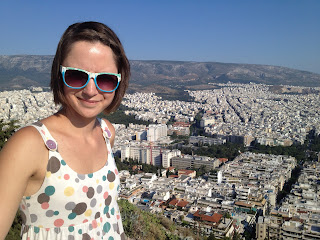 Crowning the summit is St. George Church, a beautiful 18th century chapel that can be seen from most parts of the city. 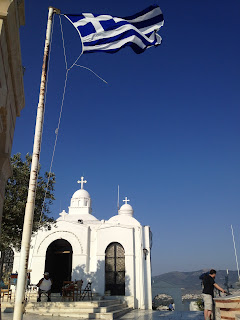 Below St. George is a cafe and restaurant. Again, a case where one pays astromical prices for an astronomical view.  We settled on €10 french fries instead of a €50 entree (or €90 lobster). After a day full, my camera (i.e. iphone) battery exhausted about the time we did.